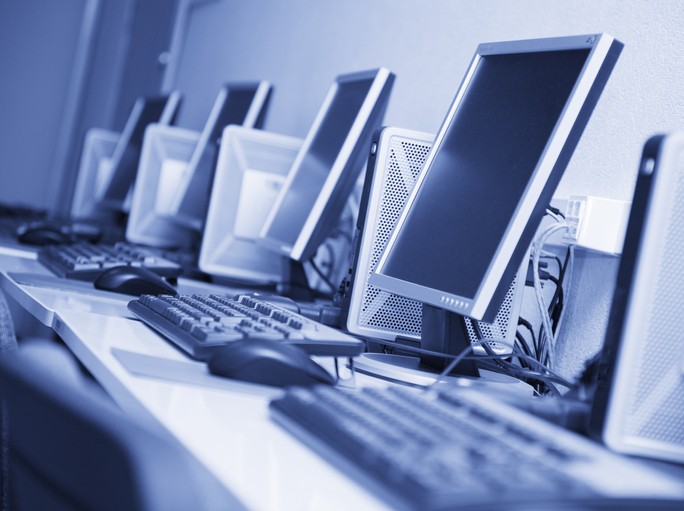 While I lived in Edinburgh, I largely stuck with local PC part resellers such as Ideal Computing or Silicon Group for my PC building needs. Since all my purchases had to be paid for in cash due to my not having credit or debit cards in those days before the credit splurge that cause so many of our recent economic problems, that was just as well and was sufficient for my needs. Luckily, they were simpler at the time.

My move south to Macclesfield meant that the counterparts to those stores that I frequented in Edinburgh were not the same. Nevertheless, I found one in Stockport and another in Heaton Chapel that gave me the service that I needed for as long as they lasted. The first was away from Stockport’s shopping precinct and supplied me a full tower case and an AMD CPU before it closed. The second was part of the now defunct MicroDirect and was conveniently near a train station so a PC case, motherboard, USB drive housing and WD 500 GB hard drive all came from there before financial trouble struck during the Great Recession. Restructuring allowed the Manchester store to stay open before it too shut its doors during 2014, taking the website operation with it. If I find a replacement for either of these, I might be tempted to give it a try.

Another thing that moving from Edinburgh brought my way was working for a living so I now could get debit and credit cards when I could not before then. That meant that online shopping became more of a possibility. As ever, delivery arrangements are not the most convenient with the need for traipsing around the country to courier depots and I don’t fancy annoying neighbours with my deliveries either. However, my current job allows for working from home and this does help but the sight of Saturday and evening delivery still retains its attraction even if this is a more expensive option.

Over 15 years of making purchases does have you encountering a few computer equipment resellers and many of those companies listed below have seen some business from me from time to time. Being easy to please means that I rarely have cause for complaint with any of the ones with which I have had dealings apart from delivery inconveniences. The list should be a living one and economic conditions have taken their toll and may do so again. That will mean changes over time so we’ll need to see how suppliers fare.

This surely has to be a strange entry to have at the top of this list yet they seem to have a greater range of laptop computers than PC World! My HP Pavilion  dm4 came from one of their stores and it has been a successful purchase too. Otherwise, various items such as mobile broadband modems and even an external Seagate 2TB hard drive have been acquired from them. When it comes to computing hardware, it seems that all that’s missing are PC components such as internal hard drives. It’s amazing how mainstream computing has become these days.

This West Midlands only recently came to my attention due to their Cube PC’s but there is a lot more on offer and computer components are just another part of their portfolio of electrical goods. The company has been around since 1996 so there is a track record too.

It seems that PC Pro readers like this Yorkshire company a lot and I once had a work colleague who swore by them too. There was a time when I ordered an AMD Athlon CPU from them and needed to return it when it didn’t work as I had hoped. Then, the service was what more should emulate and efficient order fulfilment has continued into recent times too. More recent items have included a 2GB Western Digital hard disk and a Zalman ZM450-GS 450W power supply. Each did what was expected of them so I have no complaints.

It was September 1997 when I made my first purchase from this long established reseller. That was 16 MB of RAM for a Dell XPS 133 and it was not the last item that has come from them either. The attraction then was the ability to pay by cheque for any goods obtained by mail order and I think that DABS (see earlier in the list) must have offered a similar arrangement since I order PC parts from them too. In those days, I was without a credit or debit card so internet shopping was not so convenient and that trend has intensified since then.

More recently, one of my reasons for turning to them has been to get tested and pre-assembled bundles for system upgrades. One was a Gigabyte Z87-HD3 motherboard that came with an Intel Core i5 4670K CPU and 8 GB of DDR3 1600 MHz RAM installed on it and the whole unit tested. It worked without any problems at all and that is more than can be said for some of the system upgrades that I have tried: 2001 was blighted by a destructive ASUS motherboard that wrecked AMD Athlon CPU’s and an IBM Deskstar hard drive; 2009 was disrupted by a dead Gigabyte mainboard before I turned to a bare bones system from Novatech. That whole unit appeared to have been sourced from Foxconn and had one of their A6VMX motherboards along with an AMD Athlon X2 7820 dual core processor and 2 GB of DDR2 400 MHz RAM. More memory was added to get 4 GB in there and hard drives and a DVD writer were installed to gain a working main PC after a few months of making do with other machines. My backup machine not has a Gigabyte H81 mainboard with an Intel Core i5 4570 CPU and 8 GB of RAM, which came as a pre-tested bundle and also worked without a problem.

There was a time when I needed to test out Novatech’s returns policy too with an order for what proved to be incompatible memory and they did the needful worked without any problem too. Other more mundane purchases have included 2 GB and 8 GB USB drives and there was nothing amiss with those. All in all, I’d continue to give Novatech some custom.

Every retail sector has had its pervasive names and here’s one for the PC sector though they have encroached on other complimentary areas as well these days. Expensive delivery charges mean that I have dealt with them through their bricks and mortar stores rather than online and the list of what I have purchased from their stores in Edinburgh, Stockport, Manchester and now Macclesfield rather does shock me but I have had dealings with them for more than a decade. Thinking about now, items bought there have included a Toshiba laptop bought in a January sale, an Epson printer and a now retired Canon scanner. Evening opening has ensured that an actual store can become a source of emergency purchases and that’s how it has been with PC World on a number of occasions like when a power supply has failed.

As the name suggests, these are people who are concerned with providing quieter PC hardware and that includes components as well as whole PC’s too.

This is a Birmingham-based operation that gave itself an eye-catching name. It came to my notice as a result of perusing a PC Pro review of laptops featuring long battery life. Having to work away from home a certain amount these days, the short battery life (around sixty minutes) of my Toshiba Equium is grating and it’s not light either. Therefore, getting something a little lighter and with much better battery life would appeal. Given the selection that is available on this website, I’d be tempted to give it another look should I decide to make an investment. Netbooks are part of their offer and, perhaps surprisingly given the name, so do desktop PC’s and televisions.

All the views that you find expressed on here in postings and articles are mine alone and not those of any organisation with which I have any association, through work or otherwise. As regards editorial policy, whatever appears here is entirely of my own choice and not that of any other person or organisation.

Please note that everything you find here is copyrighted material. The content may be available to read without charge and without advertising but it is not to be reproduced without attribution. As it happens, a number of the images are sourced from stock libraries like iStockPhoto so they certainly are not for abstraction

With regards to any comments left on the site, I expect them to be civil in tone of voice and reserve the right to reject any that are either inappropriate or irrelevant. Comment review is subject to automated processing as well as manual inspection but whatever is said is the sole responsibility of the individual contributor.